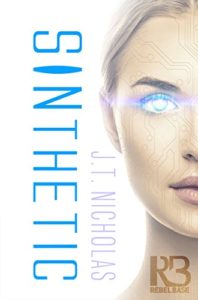 “Darkly engrossing, SINthetic shines a stark light on the age-old question, what does it mean to be human?”
—Julie Kagawa, New York Times bestselling author

They look like us. Act like us. But they are not human. Created to perform the menial tasks real humans detest, Synths were designed with only a basic intelligence and minimal emotional response. It stands to reason that they have no rights. Like any technology, they are designed for human convenience. Disposable.

In the city of New Lyons, Detective Jason Campbell is investigating a vicious crime: a female body found mutilated and left in the streets. Once the victim is identified as a Synth, the crime is designated no more than the destruction of property, and Campbell is pulled from the case.

But when a mysterious stranger approaches Campbell and asks him to continue his investigation in secret, Campbell is dragged into a dark world of unimaginable corruption. One that leaves him questioning the true nature of humanity.

And what he discovers is only the beginning … 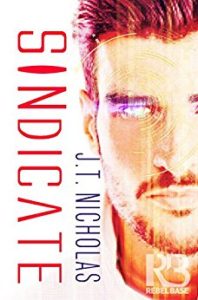 Synths were manufactured to look human and perform physical labor, but they were still only machines. That’s what the people who used—and abused—them believed, until the truth was revealed: Synths are independent, sentient beings. Now, the governments of the world must either recognize their human nature and grant them their rightful freedom, or brace for a revolution.

Former New Lyons Detective Jason Campbell has committed himself to the Synths’ cause, willing to fight every army the human race marches against them. But they have an even greater enemy in Walton Biogenics, the syndicate behind the creation and distribution of the “artificial” humans. The company will stop at nothing to protect their secrets—and the near-mythological figure known to Synths as “The First,” whose very existence threatens the balance of power across the world . . . 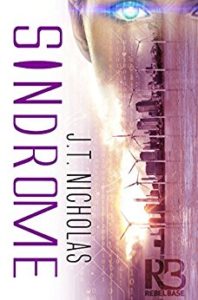 The Sickness unto Death

The Synth revolution has come at last. The supposedly synthetic beings humans crafted to do their dirty work for them have fully actualized their own humanity—and they no longer acquiesce in their enslavement. Victory in the struggle to tear down the institutions of oppression seems just a matter of time. But the halls of power are not so easily shaken—and a counterstrike is inevitable.

Former Detective Jason Campbell has pledged his life to the Synthetic cause. So when a mysterious virus starts wiping out Synths left and right—and shows signs of mutating to target everyone else—he must lead a race against time to prevent the outbreak of the most horrific plague the world has ever seen. If he succeeds, he’ll expose the moral bankruptcy of the depraved elites who will stop at nothing to restore the old order. If he fails, it could mean the end of life on this planet. For both Synth and Human.